Welcome to the truth.
Welcome to standing up and speaking out.

The Trial of the Chicago 8

In 1987 I wrote and directed a cable film, "CONSPIRACY: THE TRIAL OF THE CHICAGO 8," awarded the best cable movie ACE that year. I had initially been hired by CBS to make a TV movie based on the transcripts of this famous “circus” political trial, as earlier I had written and directed a successful controversial TV movie Katherine, which tracked the radicalization of a young woman during the late sixties.  Abbie Hoffman while still underground wrote in the Village Voice that this was the best portrayal of the movement of that time.  After CBS read my script, they thought it was too political and critical of the American government, and they decided to not make the movie. Years later an article appeared in TV guide about the best scripts never made and the first one mentioned  was mine and, to my surprise, as I had not read this article, I got a call from the new HBO that they wanted to make this movie.

In my research I had traveled around the country meeting all the defendants and lawyers and video taping them for hours having them tell their experiences during this time.

These unique interviewers are here on the site.  They are quite revealing of the personalities, their dedication and commitment to justice and peace.

When meeting the new HBO executives I insisted that I use video cameras, not film, and four of these cameras, so that I could, for the very limited budget they gave me, still simultaneously weave the actors recreating the trial with the real documentary footage I was able to find with some difficulty.

This footage is included here on the site as well.  Some of these images have never been seen as they were in a personal collection of a scholar studying the incidents. 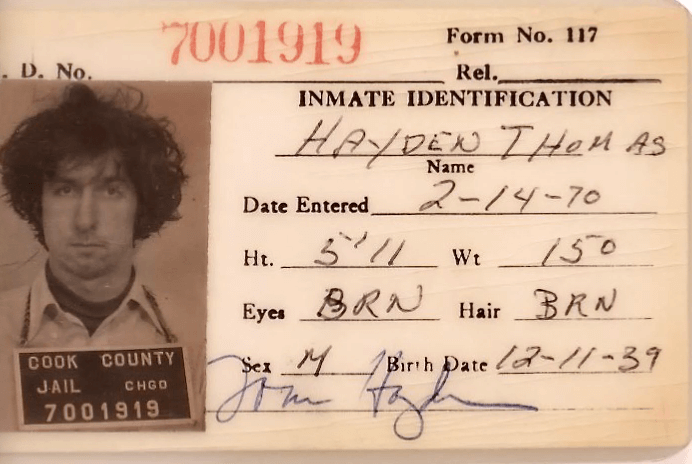 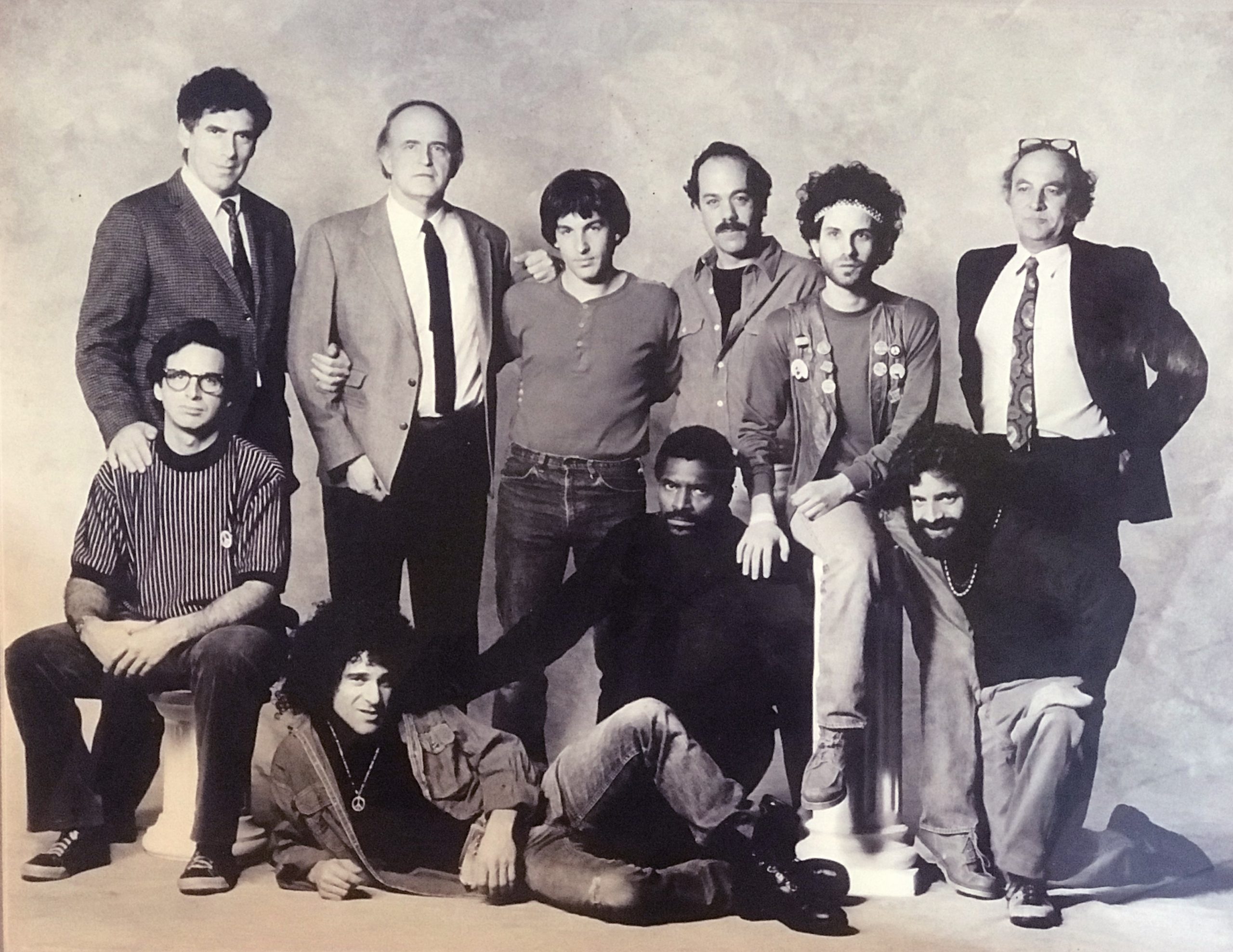 We designed within the set of the courtroom green screens, so you could see the realities of what actually happened even when denied by certain witnesses, and you could see and hear the real people commenting on their experience as the trial proceeds.  To my delight, many actors wanted to be in the movie including Elliot Gould, Martin Sheen, Robert Loggia, Peter Boyle, Carl Lumbly, Barry Miller, Michael Lembeck, Robert Carradine and they all stayed on the set throughout the 12 day shoot because they were so into living the experience.  The judge was played by the great Yiddish actor David Opatoshu.  On our first day of shooting I noticed how at times, he was kind, and I reminded him that Judge Hoffman despised these defendants and lawyers.  David then said to me, if I get “nice” just say the word “Yekke.”  Yekke?  He explained that the German immigrants to Israel regarded themselves as superior to Jews from other countries and to prove it they wore jackets in the heat as a sign of their dominance.  Hence, the Yiddish word for jacket – yekke.  It worked.  David turned mean.  I also decided to have the viewer be the jury, so that when the judge or the lawyers or defendants address the jury, they look directly into the camera, at us the viewers.  We are the jury.

On the last day of shooting, I invited all the defendants to come to the set and Abbie Hoffman and Tom Hayden and Jerry Rubin began to disagree on how a moment had occurred. What was the truth? Did Jerry stand on the table or the floor when he Heil Hitler-ed the judge.  I had the transcripts and the reporters’ articles and the interviews all of which were the source of the script and scene.  Tom then said: "Now this will be the history of what happened." I asked him what he meant and he responded that now this film would supersede the written accounts in newspapers and books.  History gets rewritten and in our time re-filmed. 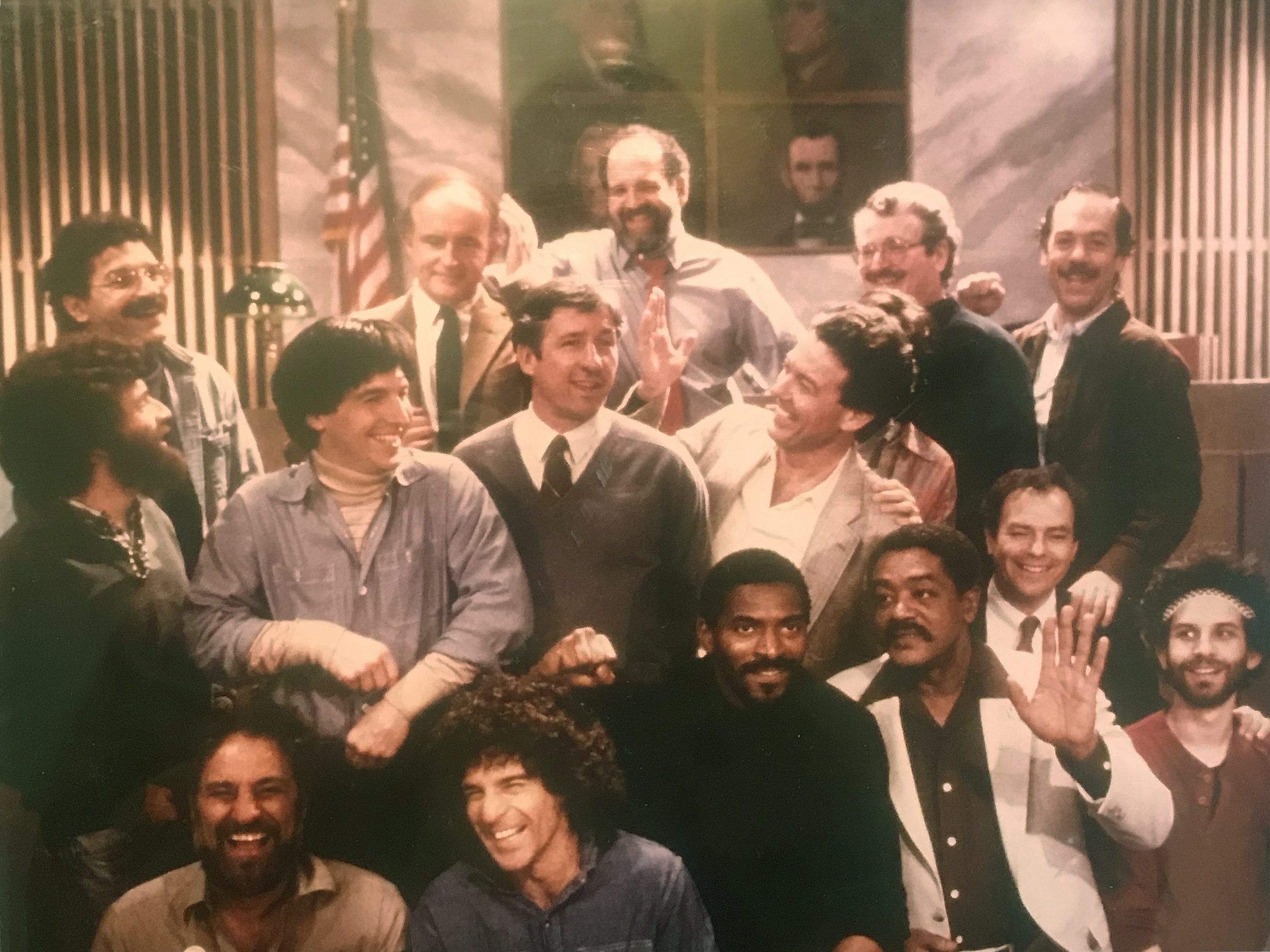 Middle row: actor Michael Fieldsteel who plays Lee Weiner,  Brian Benben who plays Tom Hayden who is next to him, Rennie Davis covering Robert Carradine who plays him.

Which brings me to the new film The Trial of The Chicago 7.   Aaron Sorkin is a gifted director and brilliant writer, but I am concerned that the generations who did not live through this time, will now think of this version as what happened.  And it wasn’t and isn’t.  lt is an interpretation.   In my opinion, the new film does not do justice to the intense moral passion, irreverent humor, and visceral dedication of these defendants and their lawyers.  And in some cases that passion came from their roots, like in Abbie's case, where, as he says in my film. "This was the human spirit winning over the overwhelming power of the state."   The last scene in the new film has Tom Hayden read the names of the dead. While it is effective narrative cinema, it was David Dellinger who read the names as shown in my film, and it was  earlier in the trial on a day when the whole country was protesting the war, and he read the names of the Vietnamese as well as Americans who had died, as these defendants all knew this war was unnecessarily killing people on both sides. And he kept his commitment to pacifism and never hit anyone as shown in the new movie. 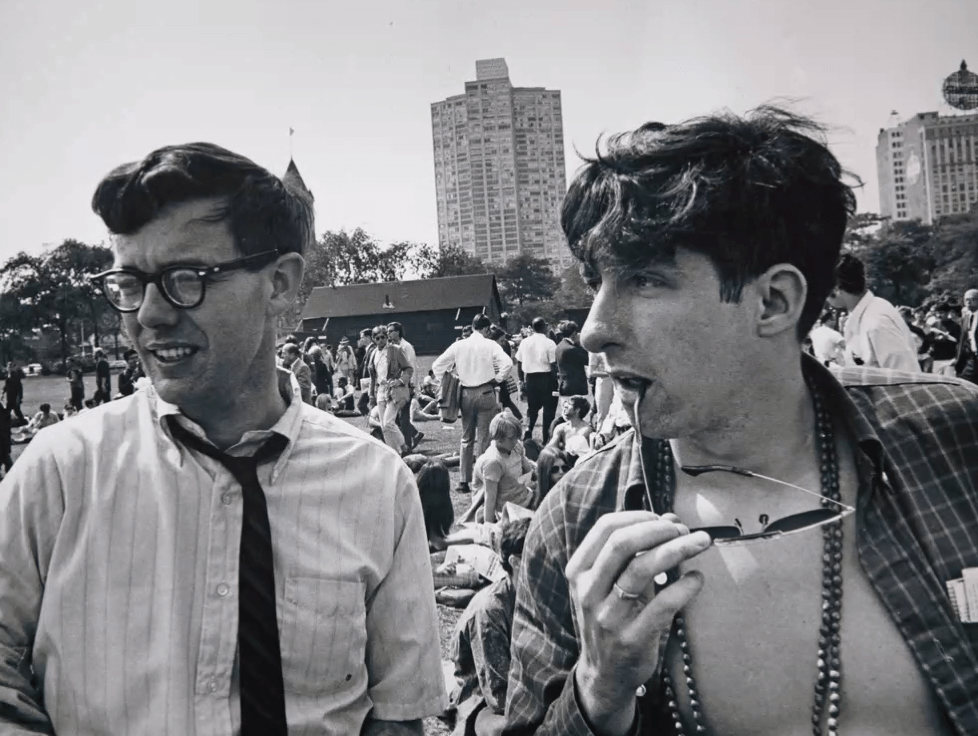 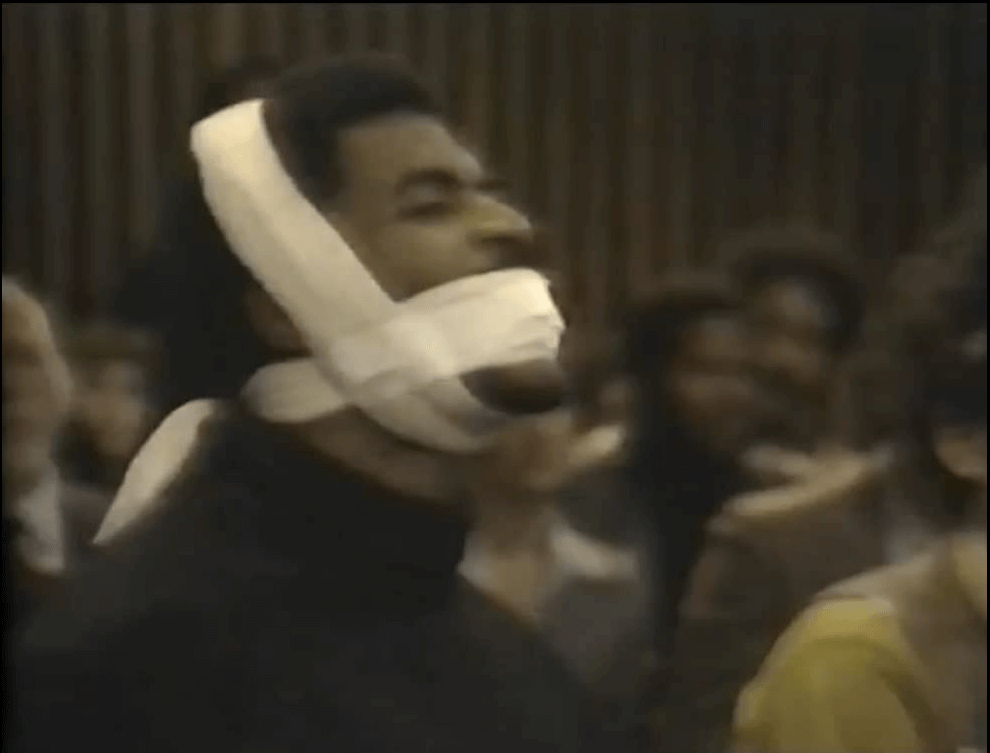 When making my movie, the most dramatic moment of the trial was when Bobby Seale was bound and gagged, which happened a number of days in a row, and only once in the present version. All through it, Bobby continued to struggle to speak even when gagged, demanding his right to defend himself. In the new film, Bobby is quiet after being gagged. But in truth as he himself says in my movie, he refused to submit and was therefore removed from the trial, hence the subsequent title, The Trial of the Chicago 7.

I understand that creative and interpretive choices are always made when we make historical films, but hopefully this new film's audience, and those who see my version that plays on Amazon Prime and Vimeo, will be reminded of the courage it takes to stand up and speak truth to power.   As Abbie says in my movie, quoted from the transcripts, "When the laws are tyranny, the only order is disrespect, and that's what all people of free will, will show."  And the last words in my movie are Leonard Weinglass, rephrasing the Jewish sages saying : "Dedication to principle is the basis on which a life should be built."